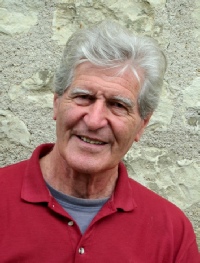 East Devon Historian selected as winner in the

The article by John Torrance, ‘Branscombe 1280-1340: An East Devon Manor before the Black Death’, published in The Devon Historian, 80 (2012), was recently selected as a winner in the British Association of Local History Publications Awards for 2014. There was strong competition, and John’s paper was placed second in the shortlist of five articles published in local history journals drawn from across Great Britain.

John was a lecturer at Oxford University and a fellow of Hertford College, Oxford for some thirty years, and has lived in East Devon since 2006. He converted his academic interest in political history and the history of ideas into a research interest in local history, and is an active member of the Branscombe Project for oral and local history, led by his partner Barbara Farquharson.  Since 2010 he has been convening the East Devon Local History Workshop, in collaboration with Philippe Planel and supported by the East Devon AONB, as a forum for village history societies.

With thanks to Devon History News (August 2014 No 14, Newsletter of the Devon History Society) for permission to reproduce this article.